Our leadership team is dedicated to the highest standards of quality for our customers. Together, they represent over 25 years of continuous service in healthcare claims administration, operations management and government contracting. 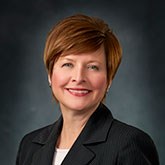 Since 1985, Kay has held various management positions at PGBA. In 1994, as assistant vice president, she was responsible for service operations for the CHAMPUS Mid-Atlantic and Northern Six-State contracts, as well as claims and customer service for Tidewater and Fort Bragg Behavioral Health subcontracts.

Kay is a graduate of Clemson University and resides in Florence, SC. As an active member in the Florence, South Carolina community, Kay serves as a board member for the Florence County United Way. 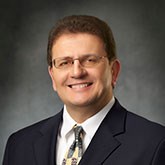 Mike Gurrera began his career in the health care industry over 35 years ago as a staff accountant with BlueCross BlueShield. At PGBA, Mike has held numerous positions – progressively gaining greater responsibility – within the company’s fiscal service division, including accounts payable, corporate cost and the budget department.

In 2006, Mike was promoted to his current position of vice president and chief financial officer of PGBA, a wholly owned subsidiary of BlueCross BlueShield of South Carolina. In this role, he is responsible for all financial and accounting operations for PGBA, including financial reporting, and implementing and monitoring internal controls relating to expenditure, recoupment and other financial activities associated with the fiscal administration of the health care benefit costs for each contract held by PGBA.

Mike received his Bachelor of Science in accounting from West Liberty State College and continued his education with a Master of Science in business administration from the University of South Carolina. He also obtained his Certified Management Accountant and Certified Public Accountant licenses with designations. 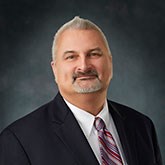 Mark MacDougal serves as vice president of administrative and strategic services at PGBA. In this capacity, Mark leads a business development team dedicated to identifying and pursuing new opportunities in the public sector at the federal, state and local levels.

Since joining PGBA in 1984, Mark has held positions in operations and customer service with increasing roles of responsibility. He has decades of experience in federal healthcare contracts, having worked on hundreds of contract proposals and dozens of contract transitions. As a result, he brings an extensive base of understanding of all components of claims processing and operational customer support.

Mark is a 1985 graduate of the University of South Carolina, where he earned his Bachelor of Science degree. 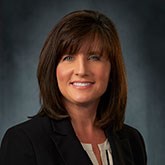 With a nearly 30-year tenure at PGBA, Jamie Watson is responsible for performance and compliance with government and contractual requirements for the Department of Veterans Affairs Community Care Network (CCN) contract. Jamie also provides executive level leadership and oversight to PGBA’s administrative contracts that support BlueCross BlueShield of South Carolina’s commercial and Medicaid lines of business.

Prior to this Jamie has held various management positions at PGBA. In 2006, she was appointed to assistant vice president with responsibility for overseeing PGBA’s Medicare Advantage operation, including both claims processing and customer service for the Humana Gold Choice Medicare Advantage Program. She subsequently assumed responsibility for the Deseret Mutual Benefits Administrators and BlueCross BlueShield of Michigan Medicare Advantage operations. Starting in 2012, as vice president, she provided executive oversight for the successful implementation and ongoing operation of the TRICARE West Region contract.

Jamie earned her Bachelor of Science in workforce education and development from Southern Illinois University. She is a proud and active member of the Florence community and serves as a board member for the Pee Dee Coalition. 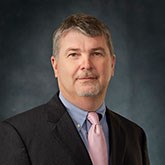 Jordan Evans began his career over 30 years ago as a claims processer working in the CHAMPUS and TRICARE programs. During his tenure with the company, he has held numerous positions with progressively greater responsibility within the company’s operations center.

In 1996, Jordan assisted in providing director-level oversight for the PGBA transition and implementation of the first TRICARE MCS-based claims processing and customer service contract located at PGBA headquarters in Florence, South Carolina.

In 1999, Jordan was promoted to assistant vice president, operations. In this capacity, he was responsible for a variety of functions including systems oversight and testing, government reporting, and operations management. Jordan was responsible for the profitability, performance and compliance with contractual requirements for the VA HERO, BlueCross BlueShield of Michigan Medicare Advantage and Deseret Mutual Benefits Administrators Medicare Advantage contracts.  In this role, he provided executive-level oversight for claims processing, customer service and systems support.

As of January 2020, Jordan serves as the Vice President of Operations for PGBA’s TRICARE T2017 West Region contract. In this role Jordan provides executive-level oversight and management for profitability, performance and compliance with contractual requirements for PGBA's operational performance as subcontractor to Health Net Federal Services. In addition, he provides executive-level oversight of systems support and Electronic Data Interchange (EDI) support areas.

Jordan earned his bachelor’s degree in business administration from Francis Marion University. He is active in the Florence community through his service as a board member for Lighthouse Ministries, the Florence Breakfast Rotary and the American Red Cross Board of Directors.